What You Need to Know About Dementia 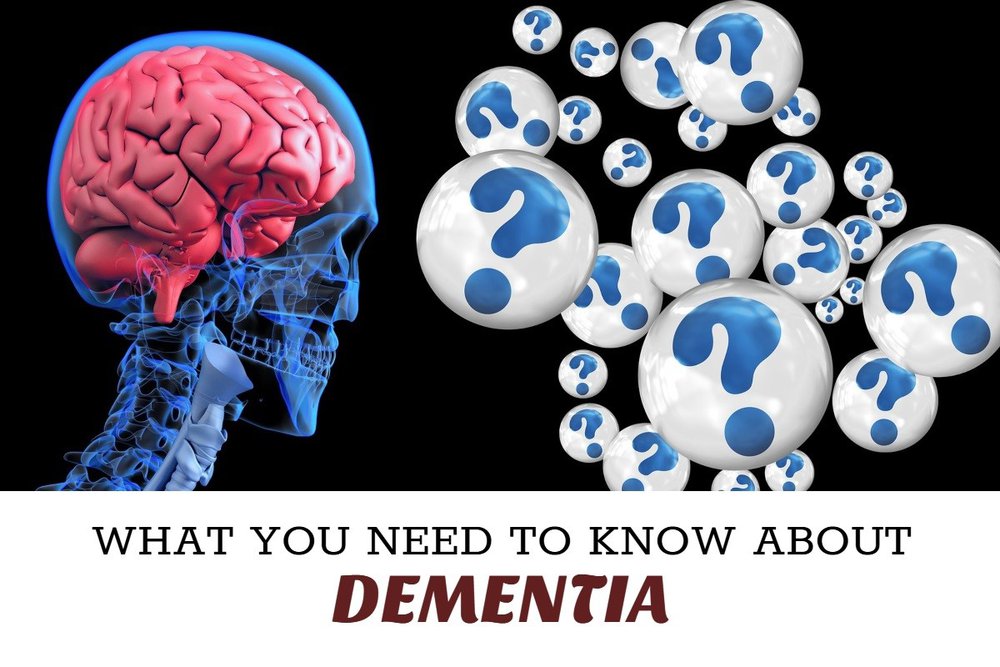 When you first think of the term dementia, memory loss is often the symptom that comes to mind. Dementia presents itself with issues involving language and speech, problem-solving capabilities and changes in mood and behavior. Dementia is a broad term that encompasses several variations of the disease:

- Alzheimer’s Disease: This is the most common form of dementia and shows up as difficulty finding the right words, making decisions and short term memory loss. It hugely impacts day-to-day living.

- Frontotemporal Dementia: Abnormal proteins form inside the nerve cells of the front and side portions of the brain. This leads to changes in personality and behavior as well as difficulty with speech.

- Vascular Dementia: This typically occurs after a stroke due to the narrowing or blockage of blood cells which cause brain cells to die. Most patients with Vascular Dementia suffer from symptoms like migraines and difficulty concentrating.

- Dementia with Lewy Bodies: Small structures known as Lewy Bodies develop inside brain cells which can cause hallucinations and make it difficult to judge distance.

Different types of dementia affect people differently depending on the part of the brain affected and the length of time it has been impacted. Knowing the specific type of dementia can help everyone involved understand the symptoms better and find ways to manage those symptoms.

Dementia is diagnosed by a series of observations over a period of time and at this time there is no cure for it. Many new treatments can address some of the symptoms. For example, blood pressure medication can often slow the progression of vascular dementia, although it will not reverse the effects. Antidepressants have been shown to help those with frontotemporal dementia. And the popular Aricept medication is improving alertness in those with Alzheimer’s.

Keep in mind that a loved one diagnosed with dementia will need to put some very important legal safeguards in place while they are still competent. For more information, contact Stouffer Legal at 443-470-3599 in the Greater Baltimore area.